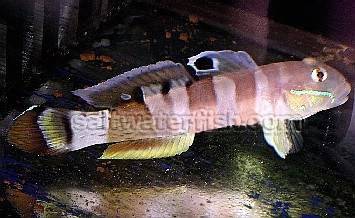 This goby arrived in great condition clear eyes, full fins. So far he is doing good in quarantine he's made a home and cleaned up almost all the sand in the 65 gallon tank. He is a bit of shy fish still getting used to the tank. Great looking fish eating sinking pellets so far so good. I've been happy with saltwaterfish.com after about ordering a 1/2 dozen times they have helped out when things didn't go so good. 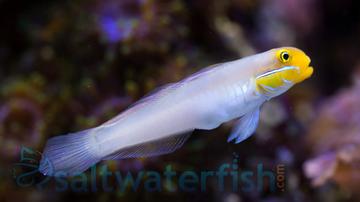 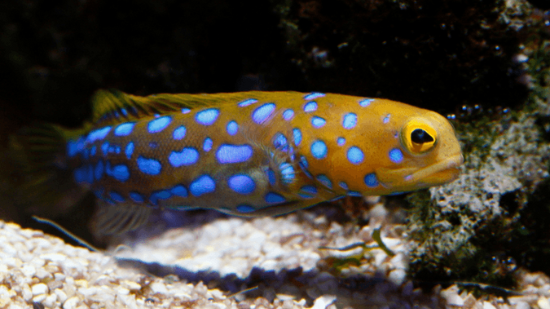