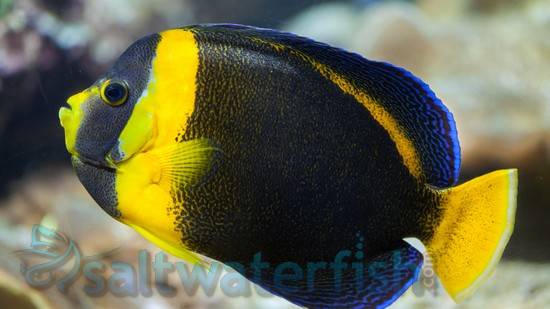 The Scribbled Angelfish, Chaetodontoplus duboulayi, also known as Duboulay's Angelfish, is an incredibly rare angelfish species. It has a gorgeous blue/black body with blue edging on its fins, a bright yellow tail, and a thick yellow stripe below its head and over its mouth.
While the Scribbled Angel is often found in large public aquariums, they still make great fish in the home aquarium if given the proper tank set up.
Scribbled Angelfish are best kept:
Scribbled Angelfish are relatively rare in the marine trade and are not always for sale in the United States. This angel will certainly be the highlight of most aquariums and will live a long, healthy life when cared for by an experienced aquarist.