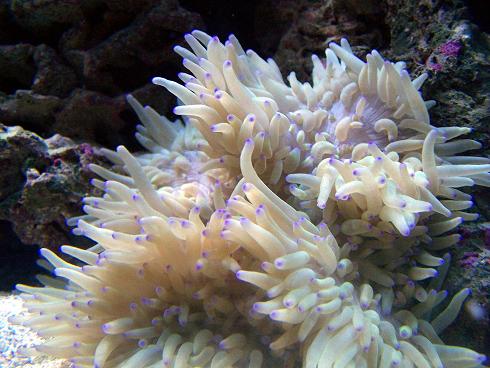 The Sebae Anemone, Heteractis crispa, also known as the Leather Anemone, features distinctive bright tentacles which shine even brighter under strong light. They will max out at 6 inches so plan accordingly when choosing a tank.
The Sebae Anemone has stinging tentacles so be careful when handling and placing it near other organisms. It can often be found sticking to the glass of your tank which can be seen as an indication of good health. They are primarily a roaming anemone which can be fascinating to watch.
The Sebae Anemone is one of the most popular and most sought-after anemone species for its vibrant colors and active disposition.