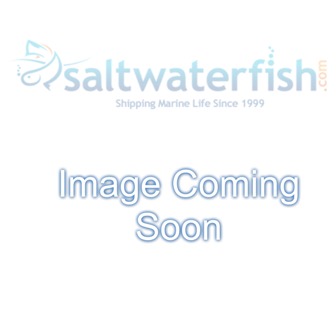 The Porkfish, Anisotremus taeniatus, also known as the Panama Porkfish or Panamic Porkfish, is native to the Eastern Pacific Ocean between the coasts of Mexico and Peru. It features a large yellow body with electric blue horizontal striping and two thick vertical bands over its face. It will feed on a varied carnivorous diet including some ornamental inverts. They are best kept in tanks of at least 150 gallons with plenty of live rock.