The Pipefish - Ringed prefers to live in an environment with caves and crevices. It can grow up to 4 inches, and exhibits an elongated body which is quite similar to a small eel when it comes to body shape. The Pipefish - Ringed features greenish-yellow with black rings spaced evenly on its body, hence it is named aptly as the ringed pipefish. It can be kept with other pipefishes and seahorses, and other ornamental invertebrates. But it should not be housed with stinging corals, since the stinging effect can lead to injury to the pipefish.  The tank should contain overhangs, crevices, caves as hiding spots for giving a natural and realistic shelter to this fish.

Currently Banded Pipefish does not have any questions and answers. 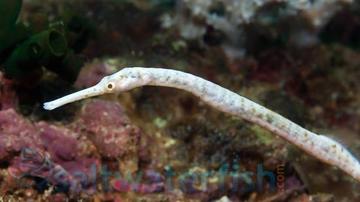