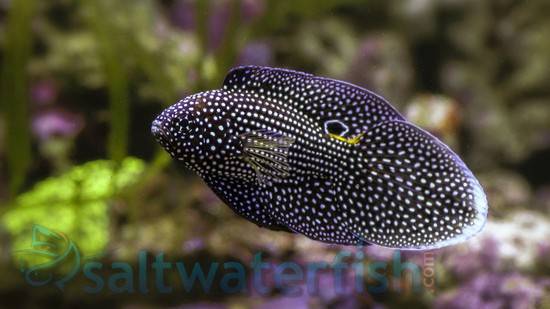 The Marine Betta, Calloplesiops altevelis, also known as the Comet, is a great choice for an experienced aquarist. They require a substantial amount of care and can, at first, be difficult to feed as they are slow eaters that take mainly live foods. Black worms are a good choice to get them to initially feed. Some marine biologists think the Marine Betta mirrors behaviors from similar looking moray eels.
They are best kept in home aquariums with plenty of live rock caves and crevices to hide and hunt, and preferably a tank with dim light. The tank should not have a strong waterflow as the Marine Betta is a relatively weak swimmer. They should also not be housed with small, vulnerable fish or inverts that could be come a quick snack, or with aggressive eaters like damsels that would steal all of the Marine Betta's potential food.
Reviewed by:   Richard Thomas on 09/24/2014