Liopropoma multilineatum, called the "Manyline Perch" by many in the hobby, is a unique fish. Its body is a bright orange that fades into a yellow at the center, intersected by dozens of red lines running laterally down its body. It is an elusive cave-dwelling predator that feeds on crustaceans and smaller fish. They can be found in reefs and caverns along the western Pacific, from the Philippines to the northern tip of Australia, with small populations found in the Coral Sea. They are considered reef safe, but should not be kept with small prized crustaceans or invertebrates, as with many basslets, they will try to eat smaller animals.

Currently Manyline Perch does not have any reviews.

Currently Manyline Perch does not have any questions and answers. 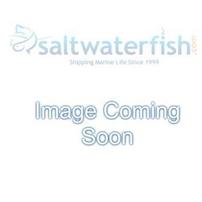 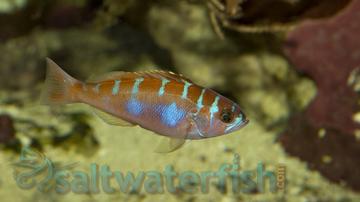