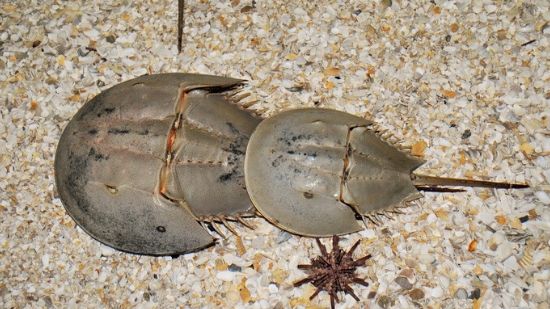 The Horseshoe Crab, Limulus polyphemus, is often called a living fossil as it is one of the world's oldest surviving organisms. It actually isn't a crab but more closely related to terrestrial scorpions and spiders. Its body is comprised of three main parts: the prosoma - its head region, the opisthosoma - its abdominal region, and the telson - its spine-like tail. It also has five pairs of jointed legs and a pair of pincers. Like some other inverts, it will occasionally molt is exoskeleton.
Its long tail helps it steer as it swims and right itself when upended onto its back. In the home aquarium it is best to keep the Horseshoe Crab in a tank with a deep sand bed as they like to burrow and search for food. This makes them great sand aerators. They are effective scavengers that will feed on worms, algae, and other meaty organisms found in the sediment. At its small size, the Horseshoe Crab is reef safe but may become more aggressive as it get larger.

Horseshoe crabs are my favorite animal and awsome animals too!, but I have one slight complaint, horseshoe crabs are more closely related to spiders and scorpions than crabs, so I think you should put them under the category miscellaneous. Overall a amazing animal and keep on selling them because I want to buy more of these prehistoric living fossils!

These little guy is great. You don't see him very much.But he keeps the sand bed very clean the tank.

Horseshoe Crabs are a neat addition to any tank. Not only are these dinosaurs cool to look at, they also do a great job of keeping your sand filtered and clean. While it's unfortunate that they don't come out very often when the lights are on, they can be seen from time to time when the lights are off.

Currently Horseshoe Crab does not have any questions and answers. 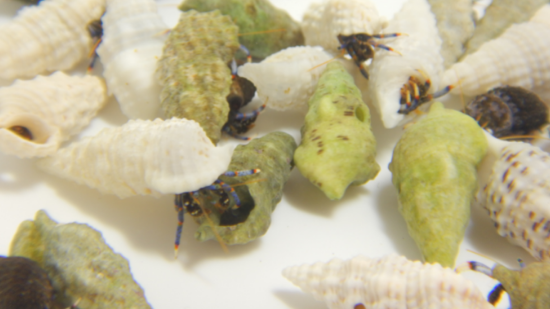 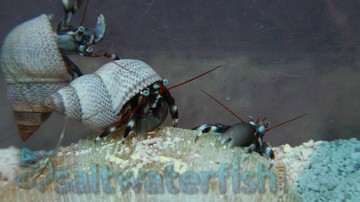 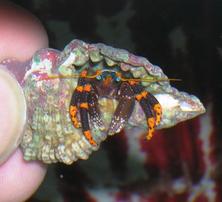