You will receive at least
134 reef rewards points
if you buy any item in this page.

The Colored Angler, Antennarius sp., is a uniquely beautiful frogfish species that is often seen changing its skin color in response to environmental changes. This angler will display bright yellows, deep oranges, and blood red colors.
The Colored Angler is best kept in a tank of at least 50 gallons with plenty of live rock hiding places. They will feed a carnivorous diet of small invertebrates, frozen preparations, and can even eat small fish so be careful when choosing tank mates. They will often use their elongated dorsal fins to catch their prey as if they were fishing. They will sit motionless and blend into their surroundings resembling algal tufts. Generally not considered reef safe, the Colored Angler can live alongside many large inverts, large fish, and most corals.

Currently Colored Angler does not have any reviews.

Currently Colored Angler does not have any questions and answers. 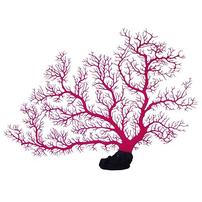