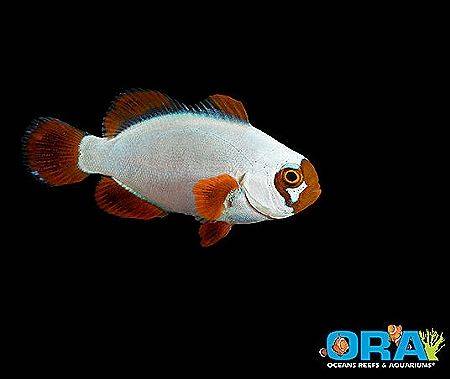 You will receive at least
176 reef rewards points
if you buy any item in this page.

The Gold Nugget Maroon Clownfish, Premnas biaculeatus, is a designer variant of the Gold Stripe Maroon, featuring a brilliant gold body with a maroon face and fins. Like all gold stripe maroons, the stripes will appear white and turn to gold as they mature, in this case it is the white of the entire body. They are social so they can be kept in a school if the tank is large enough, but are known to be a little more aggressive than most clownfish and will become aggressive towards other genus of clownfish.
Clownfish are reef safe and can be kept with peaceful invertebrates and corals, and most clowns will host an anemone present in the tank. Diet should include a variety of frozen and live mysis and brine shrimp as well as spirulina, marine algae, nori, and algae based foods, 2-3 times daily.

Currently Gold Nugget Maroon Clownfish - Captive Bred does not have any reviews.

Currently Gold Nugget Maroon Clownfish - Captive Bred does not have any questions and answers.