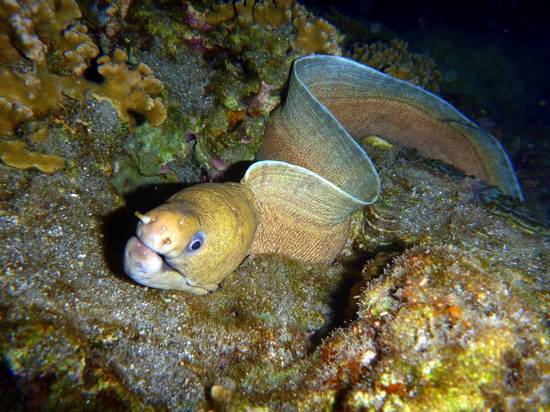 The genus Gymnothorax represents a popular type of eel known as the moray. Moray eels are slender and often come in many different colors and banding patterns. Morays are found in every ocean except the Arctic but our species come from both the Pacific and Indian Oceans.
Moray Eel Care Facts
If these prerequisites are met the Moray Eel can be a rewarding and fascinating organism to care for. These are general guidelines on how to care for moray eels - individual species may be more of less aggressive and therefore more or less reef compatible.