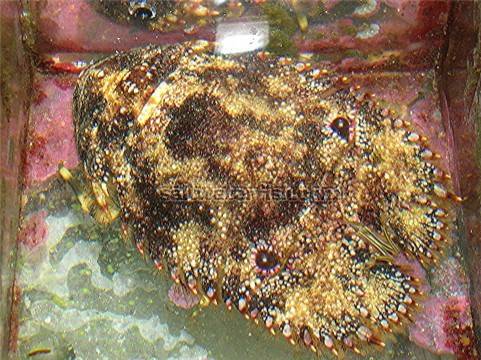 The Slipper Lobster, Scyllarides sp., also known as the Sand Lobster, Spanish Lobster, or Bulldozer Lobster, is a strange-looking marine invertebrate. Its appearance more closely resembles a terrestrial insect than a lobster. It has a flattened head, specialized class, and an orange segmented body. They are best kept singly as they can grow large and become territorial.
The Slipper Lobster will eat both plant and meaty foods including live fish or inverts so choose tank mates wisely - they should, however, not exclusively be fed meaty foods.