You will receive at least
4874 reef rewards points
if you buy any item in this page.

Pelicier's Perchlet (Plectranthias pelicieri) is a very uncommon fish found off the coast of Australia and occasionally Africa. While looking and behaving like a hawkfish, they are technically an Anthias. They rarely exceed 3-4 inches and will not bother larger fish. They will, however, attempt to eat any fish they think is small enough to eat. They will eat a variety of meaty foods, from live fish to frozen mysis and krill. They should have plenty of live rock to perch on and hide among. While considered reef safe, they will consume smaller invertebrates like shrimp and crabs.

Currently Pelicier's Perchlet does not have any questions and answers. 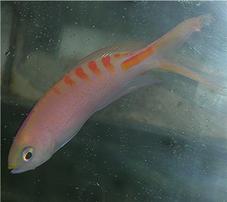 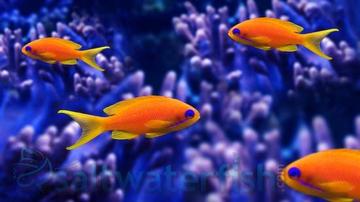