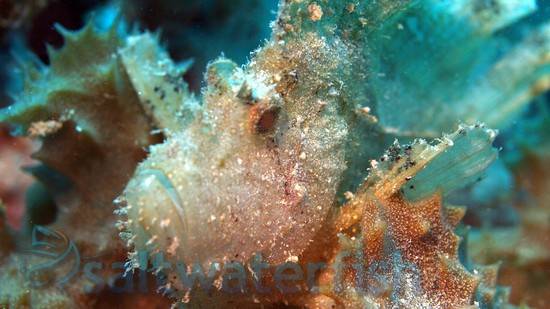 The Leaf Fish, Taenianotus triacanthus, is native to the Indo-Pacific Oceans. Its name derives from its leafy appearance due to its general leaf-like shape and coloration. Ranging from green, red, pink, yellow, brown, and white, Leaf fishes are variable. The Leaf Fish is actually venomous so exercise caution while handling or transporting and also with what tank mates you pair it with. They prefer tanks of at least 30 gallons, with plenty of live rock hiding places, and will live on a simple carnivorous diet of small inverts.