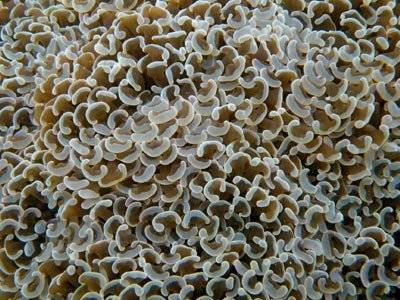 You will receive at least
314 reef rewards points
if you buy any item in this page.

The Hammer Coral, Euphyllia ancora, also known as the Anchor Coral, features hammer or anchor shaped tentacles similar to the Torch Coral's. It has brightly colored green, tan, and brown polyps often with neon yellow or green tips that especially shine under actinic lighting. The Hammer Coral is most active during the day and generally retreats into its skeleton at night. A photosynthetic energy-obtainer, the Hammer Coral will also benefti from trace element supplements. It is best kept in a tank with moderate water flow and lighting and should not be kept near other corals due to its stinging nematocysts. If the Hammer Coral gets attacked by any organism, be sure to attend to it quickly as it can cause an infection for other corals.

Currently Hammer Coral:Metallic Green - Australia does not have any reviews.

Currently Hammer Coral:Metallic Green - Australia does not have any questions and answers. 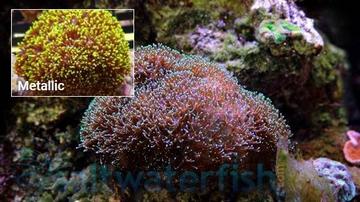 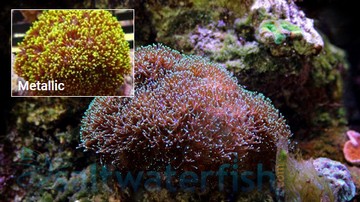