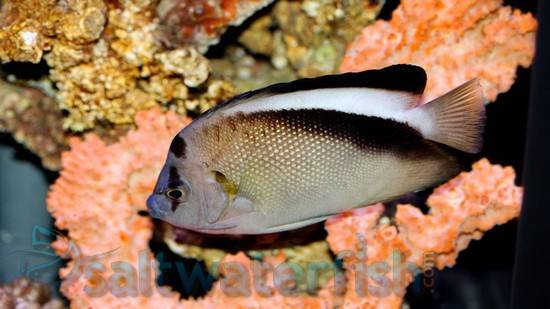 The Griffis Angelfish, Apolemichthys griffisi, is a rare angelfish species to the aquarium trade. Native to the reefs of the Marshall Islands in the Pacific Ocean, this rarity features a primarily black and white body and varying stripes. A large solid black band spans from its head to its caudal peduncle. Often, there is a quarter-sized black spot near its head. Juvenile Griffis Angelfish feature smaller black dots.
As they will grow to 8 inches Griffis Angels are best cared for:
When cared for properly, the Griffis Angel can be incredibly long lived with some species having a lifespan of over ten years. They rare beauties are amazing fish and make for great centerpieces of most aquariums.