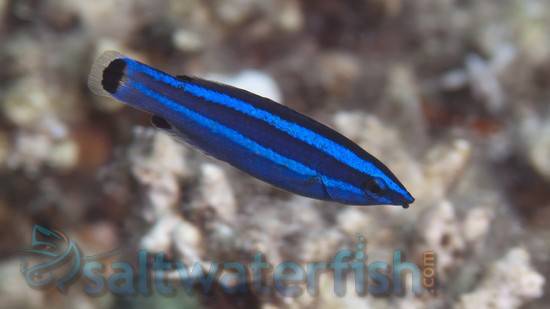 The Four Line Cleaner Wrasse, Larabicus quadrilineatus, is a useful member of the tank as a cleaner. As  boasts four blue horizontal lines across its black body. Endemic to the Red Sea, this wrasse species are often found in caves and crevices where they establish cleaning stations to pick parasites out of the tank. They are one of the most long-lived wrasse species.
The Four Line Cleaner Wrasse should be kept in a tank with plenty of live rock, a sandy substrate, and a tightly sealed lid to prevent escapes.