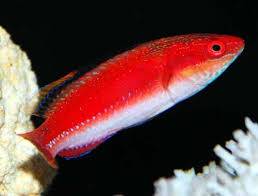 You will receive at least
134 reef rewards points
if you buy any item in this page.

The Scott's Fairy Wrasse, the Black-fin or the Blackedge Fairy Wrasse is a common fish found in Australia, Cook Islands, Fiji, and Australian waters. It is mostly green in color with a black margin on its dorsal fin. They feature breaks between the colors with yellow fins and bluish body. It is a very active fish with a peaceful behavior. This is ideal to bring color and activity to your well-established reef aquariums. Due to their cohesive attitude, they can remain peacefully with corals invertebrates in any closed-confined environment. Aquarists can look for ant fish-only or a full-fledged aquarium of 125 gallons to keep these colorful wrasses. With a strong tendency to jump out of water, a canopy-fitted aquarium is ideal to own. They quickly jump from an open hole, which is why; a concealed covering of these aquariums is of utmost importance. During courtship, a male wrasse has better and enhanced color intensity as compared to its female counterpart. The coloration varies depending upon the fish?s mood.

Currently Black Fin Fairy Wrasse: Male does not have any reviews.

Currently Black Fin Fairy Wrasse: Male does not have any questions and answers. 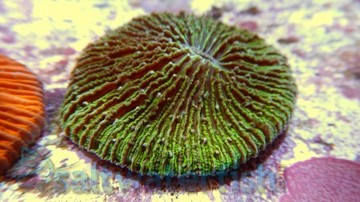 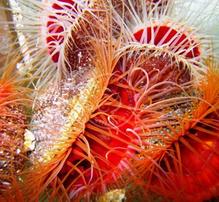 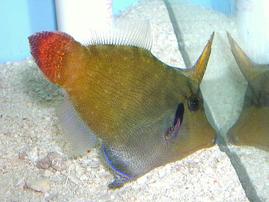