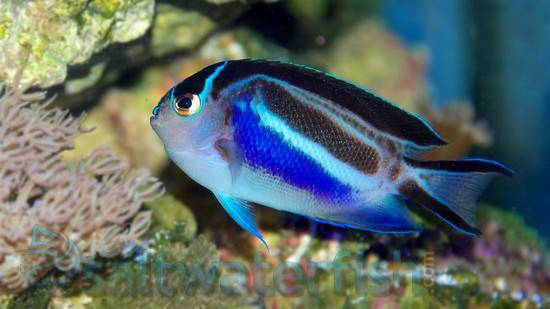 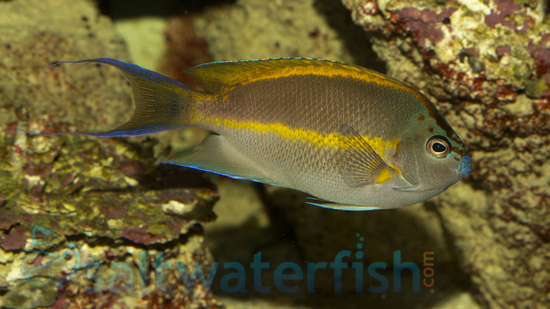 Very few fish show sexual dimorphism, out of those few the Bellus Angelfish, Genicanthus bellus, is one of them. The female Bellus Angelfish has a beautiful pale white, blue and black body with yellow or orange coloring on the dorsal fin. The male Bellus Angelfish will be predominantly gray to light brown with a yellow stripe running horizontally across the body and a yellow stripe that runs along the base of the dorsal fin with blue markings on the face and tail fin. It is best to keep true mated pair or one male along with many females. Avoid keeping two males in the same tank, as it can lead to extreme aggression.
These Angelfish are also unique in the way that they are reef safe, and will not nip at soft and stony corals, or sessile invertebrates, making them a great choice for an Angelfish in a reef tank setting. Diet should include a variety of spirulina, marine algae, high quality angelfish preparations, mysis and brine shrimp, 3 times daily.