You will receive at least
1968 reef rewards points
if you buy any item in this page.

The Armitage Angelfish (Apolemichthys armitage) is actually a hybrid of the Flagfin Angelfish (A. trimaculatus) and the Cream Angelfish (A. xanthurus). This rare fish was originally discovered in the 1950�??s and is among the most elusive of angelfish to this day. It can be found in rocky outcroppings and reef slopes in the Indo-Pacific ocean, where juveniles hide among rock and coral. It feeds on a variety of foods, including shrimp, algae and occasionally sponges. Just like other large angelfish, A. armitage should be kept in a spacious aquarium with similarly sized fish. It is not recommended for reef tanks, especially with soft corals.

Currently Armitage Angelfish does not have any reviews.

Currently Armitage Angelfish does not have any questions and answers. 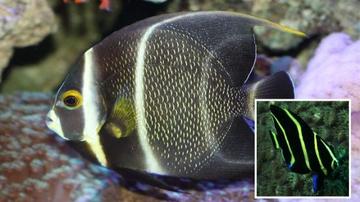 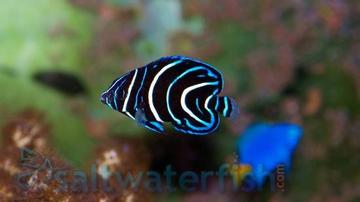 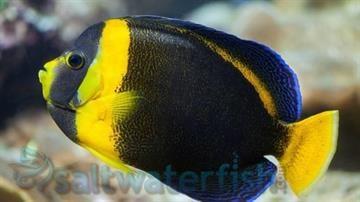